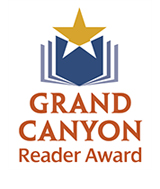 A Handful of Stars

When her blind dog slips his collar, twelve-year old Lily meets Salma Santiago, a young Hispanic girl whose migrant family are in Maine for the blueberry-picking season, and, based partly on their mutual love of dogs, the two forge a friendship while painting bee boxes for Lily's grandfather -- but as the Blueberry Queen pageant approaches Lily and Selma are confronted with some of the hard truths of prejudice and migrant life.

Followed by a wolf, a huntsman, and a porridge-sampling nuisance called Goldie, Red embarks on a quest to find a magical cure for her ailing grandmother.

Rump: The True Story of Rumpelstiltskin

Relates the tale of Rumpelstiltskin's childhood and youth, explaining why his name is so important, how he is able to spin straw into gold, and why a first-born child is his reward for helping the miller's daughter-turned-queen.

Twelve-year-old Kyle gets to stay overnight in the new town library, designed by his hero (the famous gamemaker Luigi Lemoncello), with other students but finds that come morning he must work with friends to solve puzzles in order to escape.

August Pullman was born with a facial deformity that, up until now, prevented him from going to a mainstream school. Starting 5th grade at Beecher Prep, he wants nothing more than to be treated as an ordinary kid -- but his classmates can't get past Auggie's extraordinary face. Wonder begins from Auggie's point of view, but soon switches to include his classmates, his sister, her boyfriend, and others. These perspectives converge in a portrait of one community's struggle with empathy,

After the death of Polly Portman, whose award-winning pies put the town of Ipswitch, Pennsylvania, on the map in the 1950s, her devoted niece Alice and Alice's friend Charlie investigate who is going to extremes to find Aunt Polly's secret pie crust recipe. Includes fourteen pie recipes.

Because of Mr. Terupt

Seven fifth-graders at Snow Hill School in Connecticut relate how their lives are changed for the better by "rookie teacher" Mr. Terupt.

Closed For The Season

When thirteen-year-old Logan and his family move into a run-down old house in rural Virginia, he discovers that a woman was murdered there and becomes involved with his neighbor Arthur in a dangerous investigation to try to uncover the killer.

Twelve-year-old Gil Goodson competes against thousands of other children at extraordinary puzzles, stunts, and more in hopes of a fresh start for his family, which has been ostracized since his father was falsely accused of embezzling from Golly Toy and Game Company.

After unscrupulous collector S. Wendell Palamino cons him out of a valuable baseball card, sixth-grader Griffin Bing puts together a band of misfits to break into Palomino's heavily guarded store and steal the card back, planning to use the money to finance his father's failing invention, the SmartPick fruit picker. 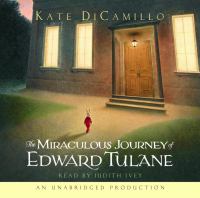 The Miraculous Journey of Edward Tulane

Edward Tulane, a cold-hearted and proud toy rabbit, loves only himself until he is separated from the little girl who adores him and travels across the country, acquiring new owners and listening to their hopes, dreams, and histories.